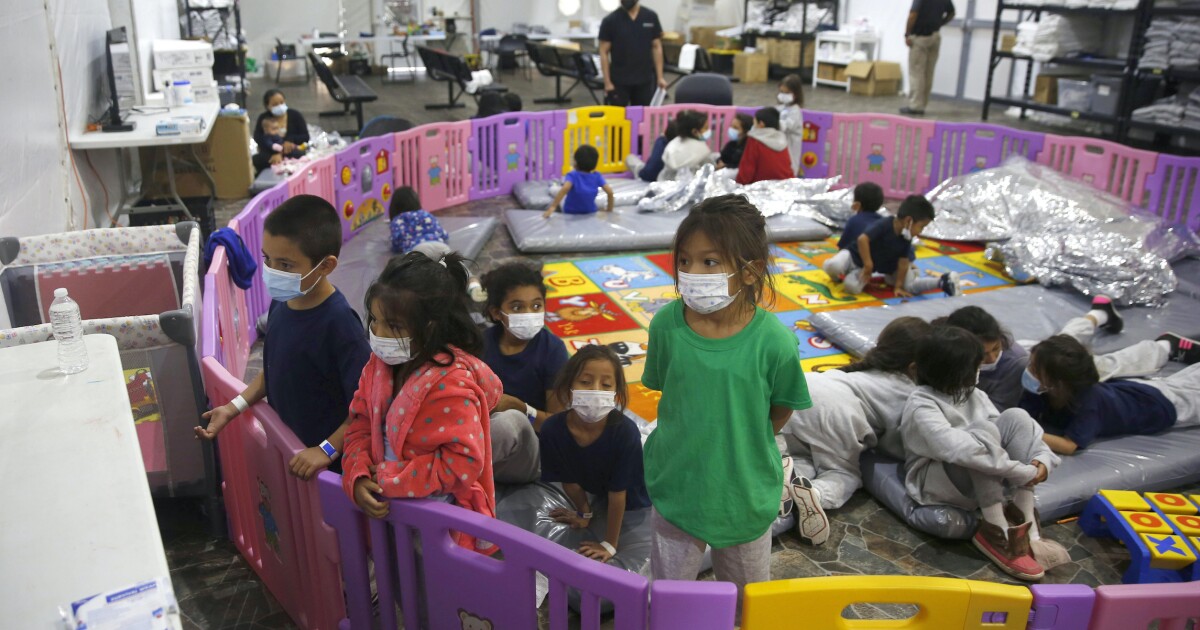 A nonprofit organization that was given an $87 million federal contract to house migrant families temporarily in hotels is asking for donations to fly those families to their destinations across the country.

Spending any charitable donations could expose the organization, Family Endeavors, to legal problems while it is responsible for holding tens of thousands of children and families in Arizona and Texas over the next six months, according to two lawyers who are experts on government oversight matters.

Family Endeavors last month won an $87 million contract from Immigration and Customs Enforcement that other companies were not permitted to bid on. The deal mandated that the nonprofit organization would facilitate transportation of the families from the Border Patrol stations where they are held after being apprehended on the border to the hotels, as well as any emergency transportation from the hotel to medical facilities such as hospitals, and rides to airports or bus stations for families to travel once they are released into the country.

After being awarded the contract, the organization’s senior director, Andrew Lorenzen-Strait, posted on his personal LinkedIn account in April asking for public donations to cover the costs of families' flights and bus fares from the hotels.

“Friends and family — My Endeavors team is on the front lines along the SW border helping asylum-seeking families and unaccompanied children. We need your help to secure onward travel arrangements for our families staying in our shelters. Any help would be greatly appreciated! (Post is shareable) #charity,” Lorenzen-Strait wrote in the post.

He shared a post from his employer, which refers to the three-star hotels that it is housing migrants in as “shelters” and did not mention that the organization had received a large contract to cover the 80,000 families expected to spend three nights each at the hotels.

“While many families have the financial resources to make it to the cities and communities of their intended destination, others are less fortunate. Should you wish to assist our shelter staff in securing travel arrangement for these families your financial contribution would be welcomed,” the Family Endeavors release states. “A donation to Endeavors is more than a tax-deductible charitable donation — your gift can help ease the strain on newly arrived migrant families. Donate today and help those seeking protection in our country.”

The organization recommends making a financial gift of $100 for a “land or air voucher” for one person, $325 to pay for a family of three, or $450 for a family of four. However, in most cases, families of two people show up at the border, so it is not clear why the organization is seeking four-person packages. Donors can also give $75 for a “travel resource backpack” that includes water, snacks, face masks, hand sanitizer, two adult shirts, two child shirts, two child toys, and a $25 Visa card for meals on the day of travel.

An attorney for the Project On Government Oversight, a nonpartisan organization that investigates corruption in government, told the Washington Examiner that soliciting public donations will open Family Endeavors to “liability.”

“While there are some risks and liabilities, I hope that all the money raised goes to the cause and the company performs the mission,” Scott Amey, general counsel for POGO, wrote in a follow-up email. “Now isn't the time to line pockets and strand people all around the country.”

Carol Thompson, a partner with the Washington-based Federal Practice Group law firm, reviewed the contract and said Family Endeavors may be forced to explain how it spends any donations.

“One thing that I would focus on, though, are their invoices and what they are billing the government for,” Thompson wrote in an email. “Understanding it’s a fixed fee contract, this may give some concern that they are potentially submitting false claims (invoices).”

“Their willingness to use the contract to promote themselves and their own styled ‘charity' could be indicative of their underlying business practices (coupled with the concerning manner in which they received the contract in the first instance),” Thompson said, adding that her comments were speculative as she did not know the specifics of the situation.

Family Endeavors responded to a request for comment from the Washington Examiner on Friday and said that the solicitation of donations was separate from its contracted duties.

“There is no provision in the agreement to provide transportation of families beyond the hub, and no public funds are being used to do so. Endeavors, like many other nonprofits, is seeking private support to ensure migrant families without the means to procure transportation to their final destination are able to do so,” the email read.

Amey, who was interviewed before Family Endeavors responded to a request for comment, applauded the group's efforts to raise money and help with travel planning, adding the provision of travel services out of government care is overlooked in the process and that it was “admirable” for the organization to step in.

House and Senate lawmakers have contacted ICE and the Department of Health and Human Services with questions about the connections between Family Endeavors and the Biden administration, specifically Lorenzen-Strait, who was previously identified by several individuals with knowledge of the situation as having brokered the deal, as well as a $530 million contract with HHS to house unaccompanied children.

On Jan. 20, Family Endeavors announced that Lorenzen-Strait would become its senior director for migrant services and federal affairs. He previously worked on the Biden-Harris transition office's homeland security policy team, where he vetted political appointees for the HHS. He worked at ICE from 2008 to 2019. His immediate supervisor prior to leaving was Tae Johnson, who has since been promoted to acting director of ICE and would have the final say on the $87 million contract.

Another ICE official, Claire Trickler-McNulty, used to work for Lorenzen-Strait before he left ICE in 2019. Trickler-McNulty was given full authority over acquisitions and contracts despite working outside that office, a move that one source said earlier this month was “extremely unusual.”

The top seven executives of Family Endeavors pulled in six-figure salaries that stretched between $100,000 and $315,000, according to 2018 tax records.

ICE directed the Washington Examiner to Family Endeavors for comment.