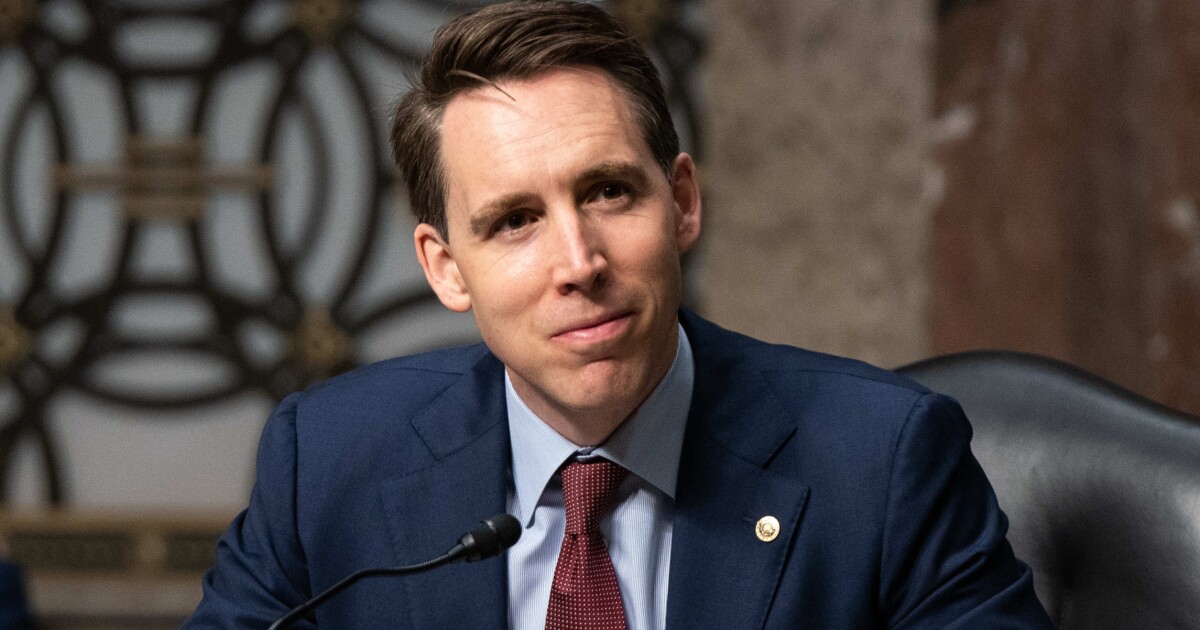 It's not too often that Republicans embrace the agenda of leftist Sens. Bernie Sanders and Elizabeth Warren. But it's happening.

Josh Hawley, the young Republican senator from Missouri, has introduced a bill called the Trust-Busting for the Twenty-First Century Act. It may be the most dangerous bill to our economy from a Republican in ages. It would reduce competitiveness, cost millions of jobs, penalize companies for growing and being profitable, kill funding for small-business startups, and empower unprecedented new regulatory powers to the deep state lawyers and bureaucrats in Washington.

Hawley is no fan of the politics of Big Tech (who is?), so he wants to put new teeth into antitrust laws that were birthed during America's first “Progressive Era.” His bill would:

Hawley, whose background is as a lawyer (of course), defends his bill by saying: “This country and this government shouldn't be run by a few megacorporations.” The Republican Party “has got to become the party of trust-busting once again.”

Yikes. That's like saying we should bring back smallpox.

Trust-busting is based on the century-old leftist fairy tale that says rapacious “robber barons had taken over America.” Economist Burt Folsom exploded these liberal lies in his classic book The Myth of The Robber Barons, which shows definitively that J.P. Morgan, Henry Ford, Andrew Mellon, Andrew Carnegie, Cornelius Vanderbilt, and John D. Rockefeller were anything but villains who raped consumers with their monopolistic behavior and “stockpiles of wealth.”

They were the captains of whole new life-changing industries. The Left disparaged the prosperity from the Gilded Age when these titans of industry helped convert America into the unrivaled industrial superpower that it became in the 20th century. They were heroes who built or supplied the railroads, the steel and aluminum, our modern financial system, the oil and gas, and the automotive industry, to name a few.

Monopolies were supposedly evil because they used their market power and domination to gouge consumers with ever-rising prices. But then, as now, in every industry that monopolists allegedly controlled, prices fell rapidly — energy prices, transportation prices, financial services, cars — and mass consumer items became affordable to the middle class for the first time in world history.

Now, Hawley is echoing liberal Democrats in his charge that America's total dominance in the trillion-dollar high-tech industries — Apple, Amazon, Google, Microsoft, and the like — “hasn't been a success for the consumer.” Bill Gates, Steve Jobs, Sergey Brin: villains.

Really? In our lifetimes, the cost of cellphones has fallen 95%, the price of the internet has fallen 98%, and the cost of internet transactions has fallen by more than 80%. Globalization has moved more than 1 billion people out of poverty. How are these companies “gouging” consumers? A large, clunky cellphone 30 years ago now costs far less in inflationary dollars and has 100 times the capabilities and computing power. It's the greatest bargain in history, except for a Google search, which is free.

I'm not defending the behavior of companies such as Facebook, Twitter, and Google that discriminate against conservatives with their business practices and political interventions. In too many instances, these companies have muzzled conservative opinions and voices. But as Rep. Jim Jordan of Ohio noted, “Antitrust laws aren't the right remedy for political attacks on free speech.”

No advocate of free enterprise should ever invoke the Sherman and Clayton antitrust laws to expand the size and scope of government and bash entrepreneurs whose “crimes” build better mousetraps at lower costs. That is what capitalism is all about. America has come to dominate the tech world and hold at bay China, Japan, and the European Union, all of which want to replace us as globally dominant. Break up Apple, Google, or Amazon, and the big winner will be Beijing as it seeks to win the race for artificial intelligence, robotics, and 5G networks.

All Republicans should reject the comeback of liberal antitrust assaults against our free market system. If Hawley wants to break up monopolies, his efforts would be much better spent trying to break up the government school monopoly.