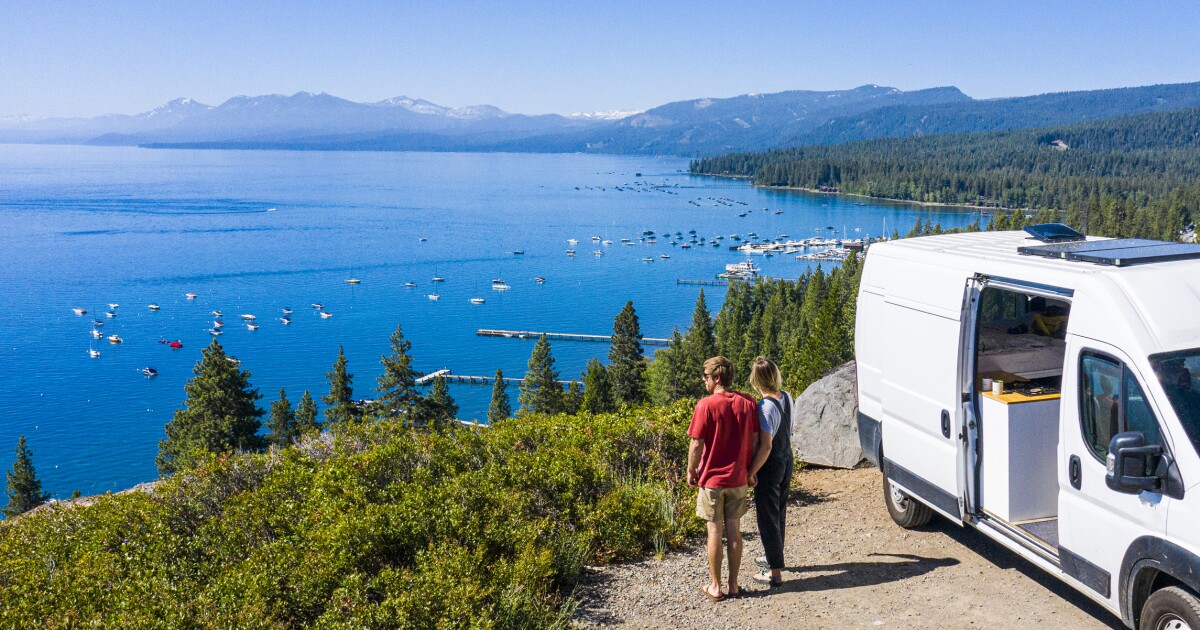 Gas prices have skyrocketed over the past few months and are likely to stay at those new levels or inch higher as summer approaches.

While almost every aspect of emerging from the state-endorsed COVID-19 restrictions has been positive, prices consumers pay at the pump have maintained a steady upward trajectory since November, only flattening out to about $2.90 per gallon on average in the past month or so.

Many people wonder why and how the price changed so quickly from its recent low of just $1.94 in April of last year. They are also trying to assign blame — is it former President Donald Trump’s fault? Is it President Joe Biden’s fault? For the truth, one needn't look further than the mirror.

Nick Loris, an economist at the Heritage Foundation who focuses on energy and environmental policy, explained to the Washington Examiner that the most significant component behind the recent rise in gas prices is one word: demand. When demand for a product rises, so, too, do its prices as supply is squeezed. And as the United States begins to become more saturated with vaccinations and travel becomes more acceptable, the squeezing will only increase.

“More people are getting comfortable with traveling now, airline travel is reaching pre-pandemic levels, more people are comfortable with taking spring and summer vacations, and consequently, that demand is also driving up prices at the pump,” Loris said. “As more economies both in the U.S. and around the world come out of lockdown, that’s going to put even more upward pressure on prices as the demand for fuel continues to rise.”

The economist said that while predicting gas prices is “tricky,” given all the different variables at play, he expects they will continue leveling out and may increase a bit more as the summer approaches. Although, that summertime increase will be largely determinant upon two factors: whether the U.S. continues to have confidence in the vaccine rollout and how it plays out in the rest of the world, especially Europe.

Despite the U.S. steadily reopening, parts of Europe and the rest of the world have been grappling with regional outbreaks of COVID-19. Increased numbers of infections in places such as Germany and Canada have spurred renewed restrictions. For example, in the Canadian province of Ontario, police were controversially given the right to stop and question residents randomly about why they are out and about while lockdown orders are in place.

“If [Europe] starts to get the COVID restrictions lifted and get COVID under control, that might boost prices as well as some of the demand picks up in Europe,” Loris said.

Some have highlighted that gas prices soared during the same time that Biden came into office, and although there is a correlation between the two, experts said the two factors are not causally related. The most recent ascent of gas prices began sometime around late November and rose quickly after that, soaring above pre-pandemic levels from late 2019.

Loris added that despite Biden not having an impact on the recent increase in prices, there are some decisions the administration has made that could affect the supply and thus the price of oil in the long run.

“He’s made a decision to prohibit new leases for oil development on federal lands. There is going to be regulations on the industry coming down the pipeline … and while they’re not impacting the price today, when you have policies that restrict the supply in the future, that is going to have a price impact,” he said.

Loris isn’t the only one predicting that higher gas prices will stick around. John Rosen, an adjunct economics professor at the University of New Haven, also said that consumers should not expect to see relief at the pump soon. He said the “current dynamic” of these inflated gas prices will likely remain for the next six months and probably longer.

“If we’re going into a pretty prosperous 2021 and 2022, which I think we are, then the demand for oil will go up,” Rosen told the Washington Examiner.

While demand is the primary factor at play for the future of gas prices, there is also a seasonal variable to watch. Gasoline blends in the summer are different than those blended in the winter, and overall costs can rise as refineries begin to make that transition. Additionally, summer-blend fuel is more expensive to produce than winter-blend fuel.

“The springtime is typically when refiners are doing their maintenance and therefore shutting some of their refineries down as they switch from winter blends to summer blends to comply with air-quality regulations,” Loris explained.

And consumers appear eager to get on the road and travel regardless of the gas prices. RVshare, a company that facilitates RV and camper rentals from other owners, said that business has been booming despite the gas prices.

“The pent-up demand is huge right now, and we’re definitely seeing that play out in our bookings through the first quarter of the year,” RVshare spokeswoman Maddi Bourgerie said of the time period from January through March. “Our bookings were up more than double than they were the year before.”

She told the Washington Examiner that RVshare predicts that bookings will continue to surge as more and more people become interested in getting out and traveling over the summer, and she noted that they may be more inclined to rent an RV because there still may be some hesitancy about hopping on an airplane.

Bourgerie said that while it doesn’t appear that gas prices are affecting the sheer volume of bookings, she did highlight a trend that she said could lend itself to the effect of higher prices at the pump. Bourgerie noted that more people have been staying closer to home after renting RVs than last year — instead of substantial cross-country trips, people are deciding to stick to nearby campgrounds or state parks to get away for a trip.

Sam Highley is the founder and CEO of All Roads North, a company founded in 2014 that curates specialized road trips across the U.S. for tourists. He said that in sum, the demand for people to get out on the road and travel has been “unprecedented.” He said the explosion in travel interest is partly attributable to the cabin fever many have felt as they stayed home for the past year, weathering out the pandemic.

“The demand is huge, and I think some people's reticence toward flying is another factor that has boosted demand for road trips,” Highley said. “What we’re seeing now is that demand has been so high that there is really very limited supply and availability.”

Joe Biden Claims He ‘Outperformed’ in First Year of Office During...