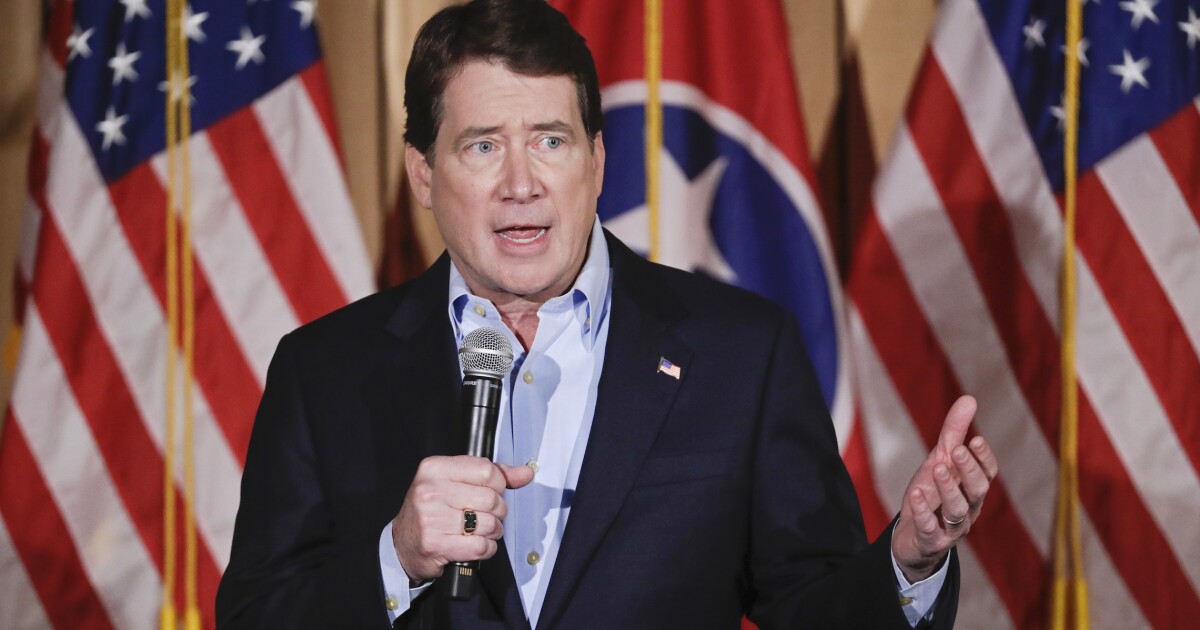 Sen. Bill Hagerty of Tennessee is seeking to force social media giants including Facebook and YouTube to carry content they don’t want, a step the Republican argued is constitutional and necessary to counter unfair online censorship.

With a new anti-Big Tech bill he introduced last week, Hagerty is trying to ensure that people have the freedom of speech on social media platforms by requiring the platforms to carry content that might violate their own standards and guidelines, such as hate speech or politically sensitive materials.

The bill, the 21st Century FREE Speech Act, would require all online platforms that have 100 million users or more per month to act like common carriers or businesses of public accommodation, similar to utility companies or telecommunications companies, which can't discriminate easily against consumers who are willing to pay fees. This would mean that private entities, such as Facebook, Twitter, or YouTube, would be forced to carry content that they are free to remove today.

Hagerty said he wants social media giants to be required to have “reasonable nondiscriminatory access for all consumers.”

Hagerty cited conservative Supreme Court Justice Clarence Thomas, who said last month that large social media platforms such as Twitter, Facebook, and Google should be regulated like utility companies to ensure they have fair content moderation standards and aren't abusing their market dominance in social media.

Some conservatives disagree with Thomas and have said that legislation that compels speech on social media platforms or elsewhere violates the constitutional right to free speech.

Furthermore, conservatives are concerned that Republican legislation at the state level meant to stop censorship on social media platforms could backfire and result in less speech and a number of onerous lawsuits that will hamstring GOP goals.

Hagerty's bill would also require greater transparency in online content moderation practices to ensure users have more clarity on what content is allowed and what actions could get them banned from a platform.

“If they want to have [content moderation] policies, they should make them transparent. That's why we're going to require a clear and open and transparent set of policies — so everyone knows how their information that they receive is being curated, not to have some vague set of policies that is interpreted based on how the tech platforms may be feeling that day,” Hagerty said.

Hagerty is a loyal supporter of former President Donald Trump and served in his administration as the ambassador to Japan from 2017 to 2019. Hagerty spent much of his career in private equity and previously worked for former President George H.W. Bush and presidential candidate Mitt Romney.

Hagerty’s new social media legislation would also repeal Section 230 of the Communications Decency Act of 1996, which gives online platforms legal immunity for most content created by their users.

“By removing Section 230, platforms will make their criteria [have] very clear terms of how they're how they are curating the content on their site,” Hagerty said.