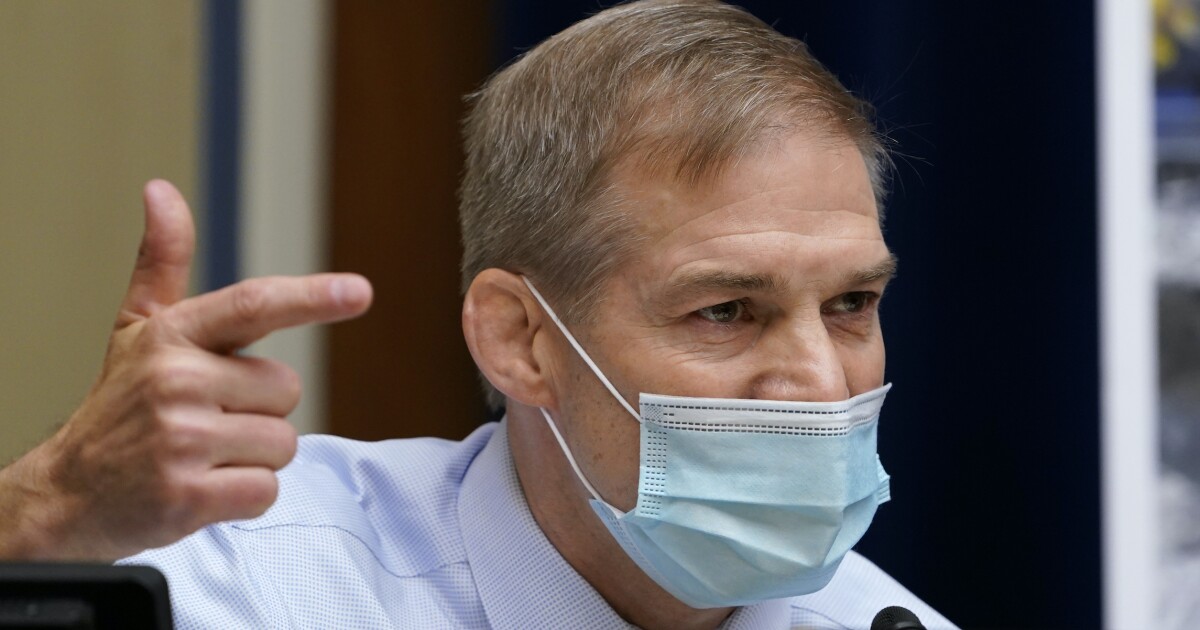 The Washington Examiner obtained a letter that was sent to the five FTC commissioners, which includes three Democrats and two Republicans, that showed the top Republicans on relevant committees attacking the agency's recent actions and asking for relevant documents that might hold the trade commission better accountable.

“These partisan changes will position the Biden FTC to reshape radically the American economy and, ultimately, harm American consumers, workers, small businesses, and traditions of free enterprise,” they wrote.

The letter highlighted that during the first FTC meeting under Khan's leadership earlier this month, the trade commission's Democrats voted to approve four action items, each of them on a partisan basis, with no support from Republican commissioners appointed by former President Donald Trump.

One of those items was a controversial vote to expand the limits and powers of the agency, particularly when it comes to policing corporate conduct, by rescinding a 2015 policy statement regarding regulating “unfair methods of competition” under Section 5 of the FTC Act.

The three Democratic commissioners say the agency was previously restricted from living up to its statutory obligations from Congress, making it more difficult to challenge anti-competitive conduct by large corporations in particular.

For the past few decades, antitrust laws, which the FTC has responsibility for enforcing, have focused on protecting consumers from anti-competitive mergers and business practices, and the two Republican commissioners at the agency say the repeal of the policy could take the commission away from this consumer-focused tradition and lead it to overstep its bounds.

The trade commission's Democratic majority wants to reduce “red tape” and bureaucracy within the agency, but it is increasing red tape on business, Republican FTC commissioner Noah Phillips said during a House Energy and Commerce hearing on Wednesday.

House Republicans say that the trade commission's larger Democratic anti-monopoly agenda could distract it from focusing on protecting people from fraud, which the GOP sees as a key function of the agency.

“The partisanship and consolidation of power at the FTC that we are currently witnessing will jeopardize fraud protections and harm people. It’s a disservice to Americans — whom it is the FTC's mission to protect,” a House Energy and Commerce Republican aide told the Washington Examiner.

“The FTC has traditionally been a bipartisan and independent agency, so these trends are deeply concerning,” the aide added.

Democrats at the agency interpret their mandate from Congress differently from Republicans and say that the agency has a long history of failing to investigate and pursue unfair anti-competitive behavior under the leadership of both parties.

However, House Republicans say that even if it is fair for Democrats to pursue their policies, due to being in the majority, they are doing so in a nontransparent and forceful manner.

They argue that the Democratic-led commission is pushing forward their agenda without giving commissioners enough time for adequate consideration of policy changes and not giving the public enough opportunity to weigh in on them.

“Although votes and limited discussion took place in an open meeting, the FTC only accepted public comments after the Commission’s votes—making this so-called opportunity for public input a sham,” the House Republicans wrote in their letter to the FTC.

“In an apparent attempt to control the flow of information out of the Commission, Chair Khan directed all FTC employees to cancel scheduled public events and imposed a gag order. Reports suggest radical changes at the FTC may be damaging morale and having significant negative effects on experienced FTC staff,” they added.