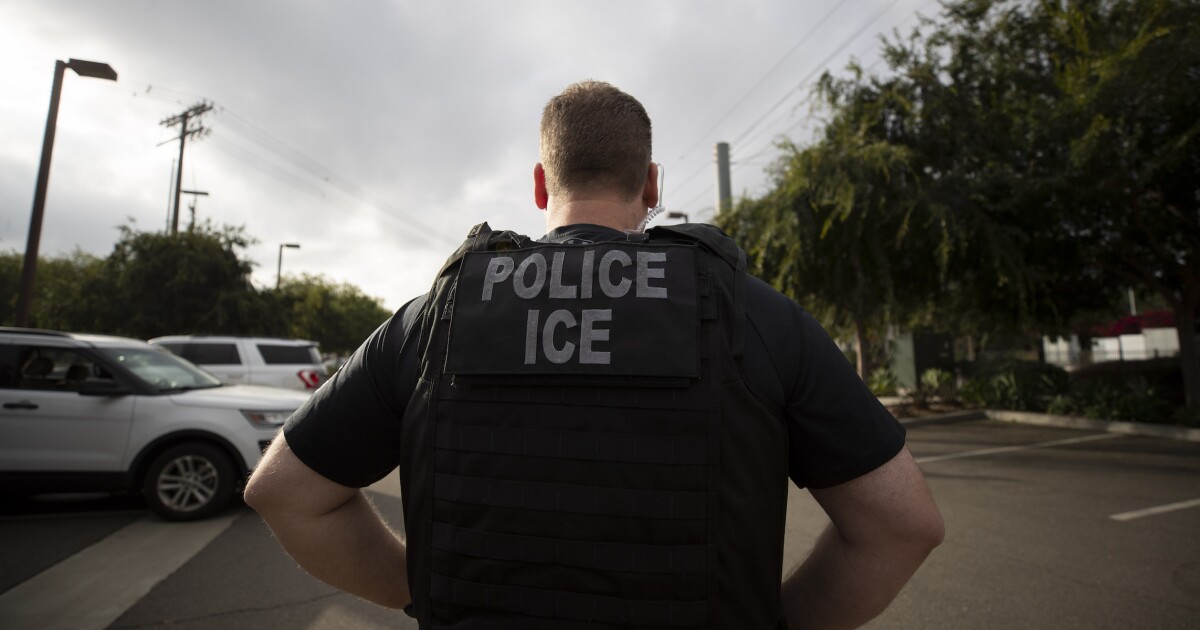 The Biden administration did not solicit bids for a multimillion contract to house migrant families in hotels and instead gave the massive contract to an organization whose leadership has ties to the White House, including one official who was on the Biden transition team.

In its rush to stand up facilities to hold families who come over the southern border illegally in rising numbers, the Biden administration signed a deal that a member of Congress and people with knowledge of the matter said presented a conflict of interest and wasted existing government facilities.

Last month, Immigration and Customs Enforcement (an agency of the Department of Homeland Security) signed an $87 million contract to acquire and oversee an operation involving 1,200 hotel beds to house migrant families in Arizona and Texas. The contract was given to the nonprofit organization Family Endeavors, based out of San Antonio, Texas, which has no previous history as an ICE contractor.

But Family Endeavors does have a former senior official on the Biden transition team in its leadership: former ICE official Andrew Lorenzen-Strait, identified as a potential broker in the deal by Rep. Andrew Clyde of Georgia, who is tracking the contract, as well as two others with knowledge of the situation.

On Jan. 20, Inauguration Day, Family Endeavors announced that Lorenzen-Strait would become its senior director for migrant services and federal affairs, meaning that he would be the organization’s liaison to the federal government. Within two months, Lorenzen-Strait secured the contract.

Government contracts are supposed to be awarded through an open competitive process, outlined in the Federal Acquisition Regulation. Information obtained through the Federal Procurement Data System indicates that ICE never opened the contract to outside companies and organizations but went with an internal candidate who had significant insider connections.

“The bid was not advertised for competition, as is the norm,” said one person who is familiar with how ICE brokered the deal with Family Endeavors.

“Unless certain exceptions apply, an agency must compete the contract,” said Carol Thompson, a partner with the Washington-based Federal Practice Group law firm.

The only exception, Thompson said, was in the case of an emergency, such as disaster relief. In that case, ICE would have to provide a “Justification and Approval” document explaining why it did not compete the contract; a failure to do so would likely result in disciplinary action against the ICE officials who signed the deal, and the contract would be canceled.

“Though the situation at the border might warrant the use of the [exception], I find it hard to believe that there were no other vendors that could have been at least considered for the award,” Clyde, a Republican, wrote in a letter to ICE leadership late last week that was obtained by the Washington Examiner.

ICE said in a statement that the hotels are intended to be “short term, and generally less than 72 hours.” It did not comment on questions related to Lorenzen-Strait.

“I am gravely concerned given that ICE did not compete this contract award, that this is Endeavors' first contract with ICE, and that the contract award amount far exceeds any previous award amounts with this organization,” Clyde wrote.

Family Endeavors had had contracts with several other federal agencies, including the Bureau of Indian Affairs and the Federal Acquisition Service. However, the contracts were valued at less than $1 million, except for one that was $1.4 million. Family Endeavors took in $43 million in 2018, according to tax documents from that year. Its $87 million contract is more than double the money it took in last year. Despite its nonprofit status, its seven top executives made six-figure salaries in 2018, as much as $312,000 that year.

“It seems pretty profitable for a nonprofit,” said a second person who was familiar with the situation.

Before Lorenzen-Strait joined Family Endeavors, he was on the Biden-Harris transition team working on the DHS policy team, where he vetted political appointees for the Department of Health and Human Services, which oversees the care that unaccompanied migrant children are provided while in government custody.

Lorenzen-Strait worked at ICE starting in 2008 through May 2019, where his last responsibility was overseeing the 45,000-person capacity detention facilities. His immediate boss at the time was Tae Johnson, who has since been promoted to become the acting director of ICE and would have the final say on the $87 million contract. Lorenzen-Strait spent the second half of 2019 overseeing “100 partners in 39 states across the country who provide child welfare services to refugee and migrant children who are unaccompanied or separated from family” at the Lutheran Immigration and Refugee Services.

Another ICE official, Claire Trickler-McNulty, used to work for Lorenzen-Strait before he left ICE in 2019. Trickler-McNulty was given full authority over acquisitions and contracts despite working outside that office, a move that the first person said was “extremely unusual.”

Clyde asked Johnson to give him answers by Thursday as to whether Lorenzen-Strait preemptively proposed a contract to Johnson and any other involvement in the deal.

Family Endeavors did not respond to a request for comment.