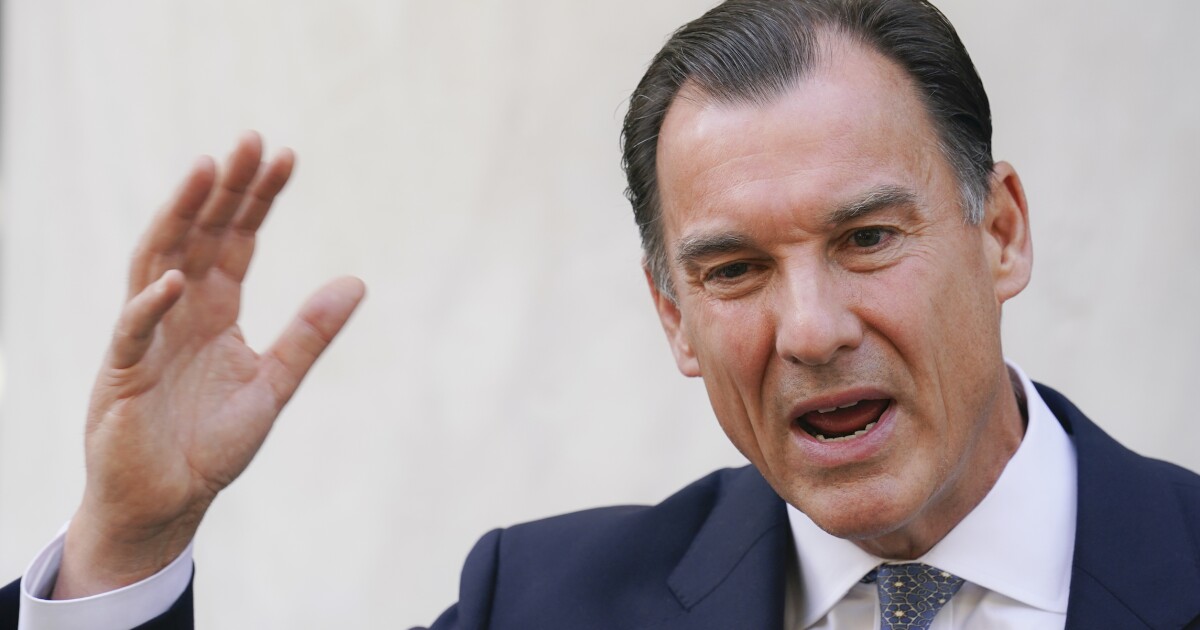 With slim majorities in the House and Senate, Democratic lawmakers have a prime opportunity to get their pet projects passed thanks to President Joe Biden’s $2 trillion “infrastructure plan.” And it’s an opportunity that Rep. Tom Suozzi of New York isn’t passing up. He’s threatening to vote against the bill unless Democrats accept his demand to pass a tax break that would benefit the wealthiest taxpayers while making the rest of the country pick up the bill.

Suozzi wants the full state and local tax deduction included in the president’s infrastructure bill. The SALT deduction allows wealthy people who itemize their deductions to write off their state and local taxes, primarily their property taxes, from their federal income taxes. The deduction is currently capped at $10,000, thanks to the 2017 tax law.

While Suozzi and his fellow Democrats claim that uncapping the deduction will benefit middle-class taxpayers, prevent high-income earners from moving out of high-tax states, and help local governments fund local services, these claims are more myth than reality.

No matter what congressional Democrats might claim, the SALT deduction does not help middle-class taxpayers. It makes them pay for it in the form of higher taxes in the present and future.

Middle-class households would receive little benefit from an uncapped SALT deduction. Thanks to the 2017 tax law, 90% of people take the larger standard deduction instead of going through the complicated and time-consuming process of electing to itemize their deductions such as the SALT deduction. In other words, the SALT deduction only benefits the richest 10% of taxpayers and is just a subsidy for wealthy taxpayers in high-tax states.

Meanwhile, the middle class would be forced to pick up this expensive bill. Uncapping the SALT deduction would reduce federal revenues by nearly $700 billion over the next 10 years. This leaves the rest of the country to cope with the cost in one of two ways: pay for it right now with higher taxes or burden future generations with more debt. Biden has already signaled he wants to pay for at least part of his infrastructure package with tax increases, so it’s conceivable that Suozzi’s tax break could be paid for by increasing job- and wage-crushing business tax hikes.

It is no wonder why Suozzi wants to reinstate the full SALT deduction. His district has a median household income of more than $122,000, nearly double the national average, and an average home value of more than $600,000. His wealthy New York constituents benefit, while the rest of America loses. If he is concerned about New York losing residents due to high state taxes, then he should use his power to lobby Gov. Andrew Cuomo and the state legislature to lower taxes instead of forcing the rest of America to subsidize wealthy New Yorkers and other residents of poorly managed, high tax states.

Claims that an uncapped SALT deduction would benefit the middle class are greatly exaggerated. In reality, it’s a handout to the wealthy paid for by the middle class. If Democrats truly want to give hard-working workers tax relief, they should consider broad-based tax cuts instead.

Travis Nix (@tnix113) is a Young Voices contributor and a student of tax law at Georgetown Law.