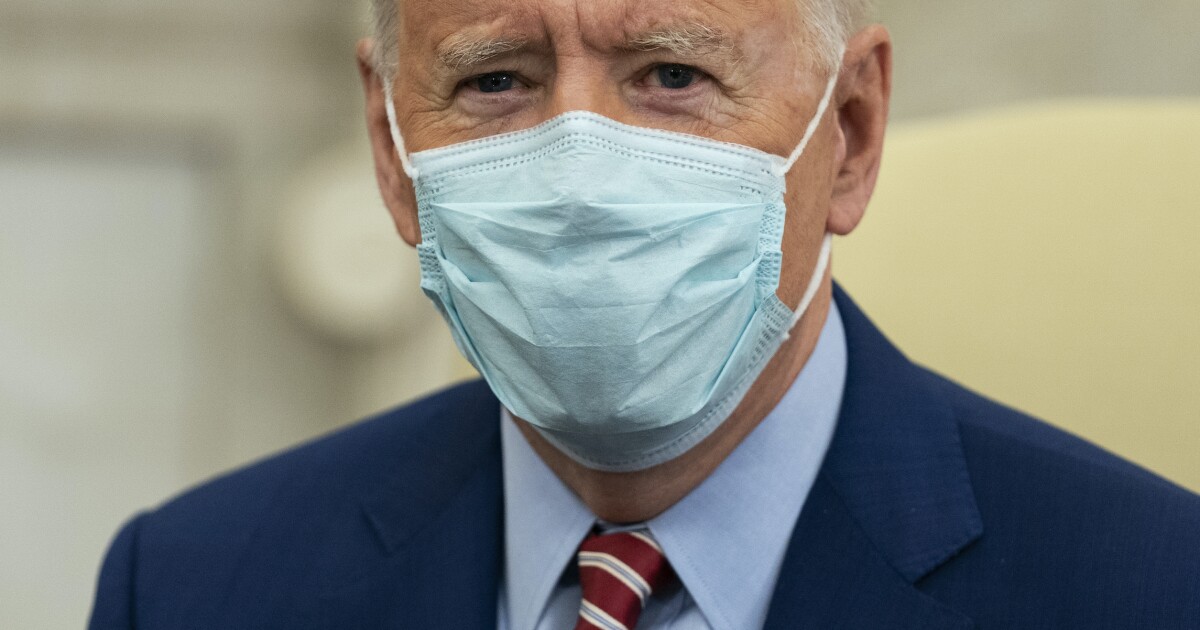 “This Wednesday, the president will be laying out the first of two equally … critical packages to rebuild our economy and create better-paying jobs for American workers,” White House press secretary Jen Psaki told reporters on Monday. “He’ll talk this week about investments we need to make in domestic manufacturing, R&D, the caregiving economy, and infrastructure.”

That’s not all. “In the coming weeks, the president will lay out his vision for a second package that focuses squarely on creating economic security for the middle class through investments in childcare, healthcare, education, and other areas,” Psaki continued.

This will also mark the second time Biden has used a major theme to try to pass a wide-ranging bill that increases federal spending in a number of areas. The first, the recently signed $1.9 trillion American Rescue Plan, was billed as a stimulus plan necessitated by COVID-19. Build Back Better will be centered on infrastructure.

But just as Republicans protested that only a fraction of the American Rescue Plan’s spending was directly related to the pandemic, Biden’s proposal is not expected to be confined to major physical infrastructure projects. Roads and bridges are set to amount to $650 billion of the $2.25 trillion in total spending. The White House signaled before the plan’s rollout that the administration's focus will eventually go even further.

“So some of it is certainly infrastructure, shovel-ready projects,” Psaki said on Tuesday. “Some of it is: How do we expand broadband access? Some of it is ensuring that we are addressing the needs in people's homes and communities.”

These proposals would have to be passed by Congress, and it is not clear how much of the spending can be advanced through reconciliation, a procedural move that would allow legislation to clear the Senate with 51 votes rather than 60.

Any new bill would come on the heels not only of the nearly $2 trillion spending package Biden just signed into law but also two similar economic rescue measures, one weighing in at $2.2 trillion, another totaling $900 billion, signed last year by former President Donald Trump.

That level of spending raises concerns about spiking the national debt and overheating the economy.

“An aggressive approach to defeating the virus and supporting the economy through the pandemic was appropriate,” said Concord Coalition Executive Director Robert Bixby. “As we look ahead, however, and contemplate major new initiatives that are not directly tied to COVID, there is certainly a risk of overheating.”

Liberals are pressing Biden to use the Democrats’ narrow congressional majorities to pass big-ticket items because there is no guarantee they will get another opportunity after next year’s midterm elections. But once the second part of the president’s plan is released, the country will be in uncharted territory on federal spending. Sen. Ed Markey, a Massachusetts Democrat, and Rep. Debbie Dingell, a Michigan Democrat, have proposed a climate and infrastructure plan that will spend $10 trillion over the next decade.

“Almost everyone expects that a spike in growth later this year, aided by government stimulus and rising vaccinations, will lead to higher prices,” Bixby said. “The multi-trillion dollar question is whether it will be temporary flare-up that harmlessly subsides on its own, or instead becomes an entrenched spiraling problem requiring Fed intervention and the near-certainty of a hard landing, i.e., a recession.”

To further complicate matters, Biden is planning on paying for much of the new spending with tax increases. On the revenue side, he would like to roll back much of the Trump tax cuts. The president’s economic team had contemplated a bigger gap between spending and revenues, but the Washington Post reported they grew “concerned that the plan could jeopardize the nation’s long-term financial stability.”

“I think by doing it in a two-part system is the only way they'll push it through,” said Republican strategist Noelle Nikpour. “The first step being traditional infrastructure, which may get a few republican legislators on board. The second won't move the needle, I don't think. That focuses on more of the social infrastructure. Regardless, we are spending money very recklessly.”

A bipartisan infrastructure bill was frequently discussed throughout Trump’s presidency. While the outlines of a plan were discussed inside the White House, a detailed package never materialized, and by the end of his term “infrastructure week” had devolved into a punchline.

Now, Democrats have visions of another New Deal dancing in their heads.

“We're essentially running a grand macroeconomic experiment in real-time,” Bixby said. “The amount of stimulus already in the pipeline is far greater than most estimates of the economic gap.”

“Moreover, we're not writing on a clean slate. Even prior to the pandemic, fiscal policy was on an unsustainable path,” he added. “Low interest rates have mitigated the costs of borrowing to finance the pandemic response, but an overheated economy would likely cause interest rates to rise higher and faster than expected, which would make new debt much more expensive to service.”