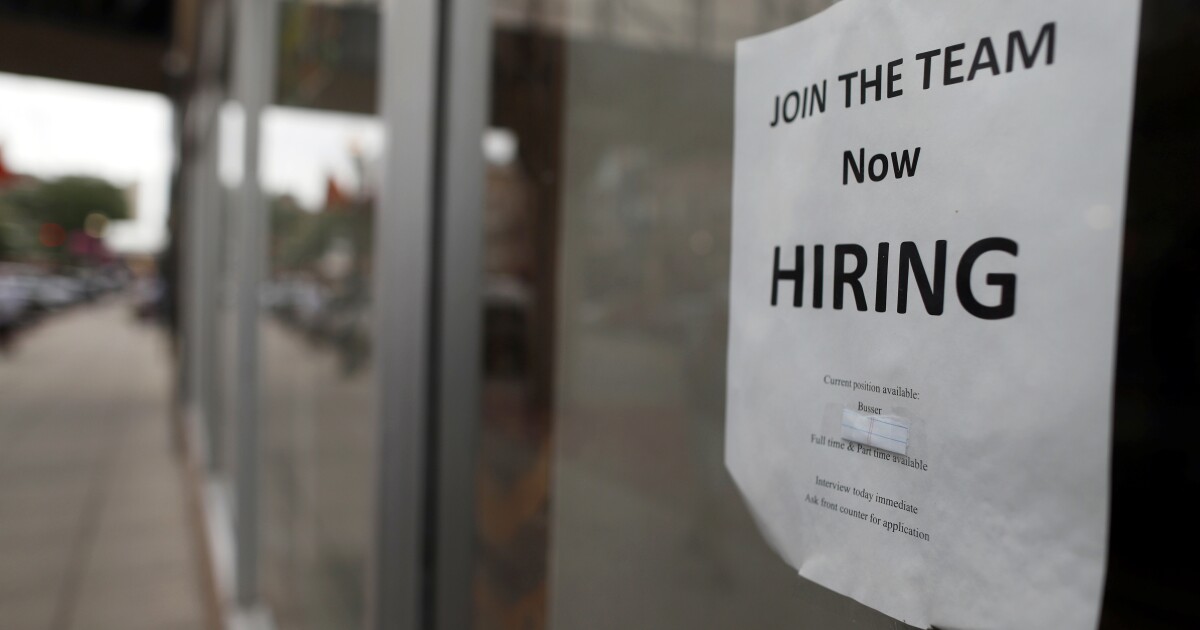 Many small businesses were battered during the pandemic and are still recovering. Large numbers of restaurants and other retail businesses were lost permanently as a result of mandated shutdowns and social distancing. In the months ahead, the economy will need entrepreneurs to fill the void by starting new businesses and creating millions of jobs.

During the recession a decade ago, the business startup rate fell and never fully recovered, which contributed to years of slow growth. This time around, the tax and regulatory policies of the Biden administration may undermine growth once again. However, state and local governments can take actions themselves to improve their entrepreneurial climates and offset negative policies coming from Washington.

A new Cato Institute study examines ways that the states can slash regulations to spur startup businesses. Some of the proposed reforms are widely known, such as reducing occupational licensing, which imposes barriers to new professionals such as cosmetologists, manicurists, athletic trainers, pest controllers, and landscape contractors.

High minimum wages are another barrier to startups. Entrepreneurs often depend on their families and credit cards for startup financing, and they usually earn little in the early years after launch. They cannot afford to pay workers as much as large businesses do, so high state and local minimum wages make it hard to attract the workers they need.

The Cato report also examines lesser-known barriers to startups, such as alcohol licensing. Eighteen states impose caps on the number of restaurant alcohol licenses in local jurisdictions, which has created severe shortages in some places. Entrepreneurs wanting to open a restaurant with full bar services in cities such as Boston and San Francisco may need to pay hundreds of thousands of dollars to buy a license in the secondary market. Alcohol license caps are a major barrier to independent entrepreneurs who do not have the deep pockets of corporate chains.

Brick-and-mortar startups face a slew of licensing, permitting, and zoning restrictions in many cities. In New York, a study by the city’s comptroller found that small businesses are subject to more than 6,000 regulations and that 15 city agencies issue 250 different licenses and permits. Business openings can be delayed for months or years while entrepreneurs get all the needed approvals, all the while paying costs for their rented spaces. In Honolulu, an audit of the city’s building permit process found that reviews for small commercial buildings that are supposed to take 14 days actually take 157 days, on average.

Entrepreneurs can avoid these hassles if they launch a business from their homes, but home-based businesses face their own zoning restrictions. Launching a laptop-based business, such as software writing, from home can be no problem, but anything with in-person visits — such as day cares, hair cutting, or yoga instruction — can run afoul of government rules. Also, producing any type of goods at home, such as food or arts and crafts, can also face major restrictions.

Rules to prevent neighborhood nuisances make sense, but governments should be lenient with home-based businesses because they offer important cost savings and lifestyle advantages. Many famous businesses that power the U.S. economy today, such as Apple and Amazon, started out in homes and garages.

Which state offers the best regulatory climate for startup businesses? The Cato report ranks the states based on 17 factors including those discussed here. The fewest regulatory barriers are in Georgia, South Dakota, North Dakota, Colorado, New Hampshire, Kansas, Indiana, Wyoming, Utah, and Ohio, while the most barriers are in Rhode Island, Oregon, Nevada, New York, West Virginia, Washington, Hawaii, California, New Jersey, and Connecticut. When locating their businesses, entrepreneurs should consider factors such as taxes and skilled labor, but regulations can also be crucial in some industries.

Startup businesses are vital to a growing economy. They create most net new jobs, introduce innovations, and restrain prices by challenging dominant firms. State officials should urge the Biden administration to avoid actions that damage the startup climate, and they should also be proactive and cut unneeded regulations that hinder business startups.

Chris Edwards is an economist at the Cato Institute and author of “Entrepreneurs and Regulations: Removing State and Local Barriers to New Businesses.”