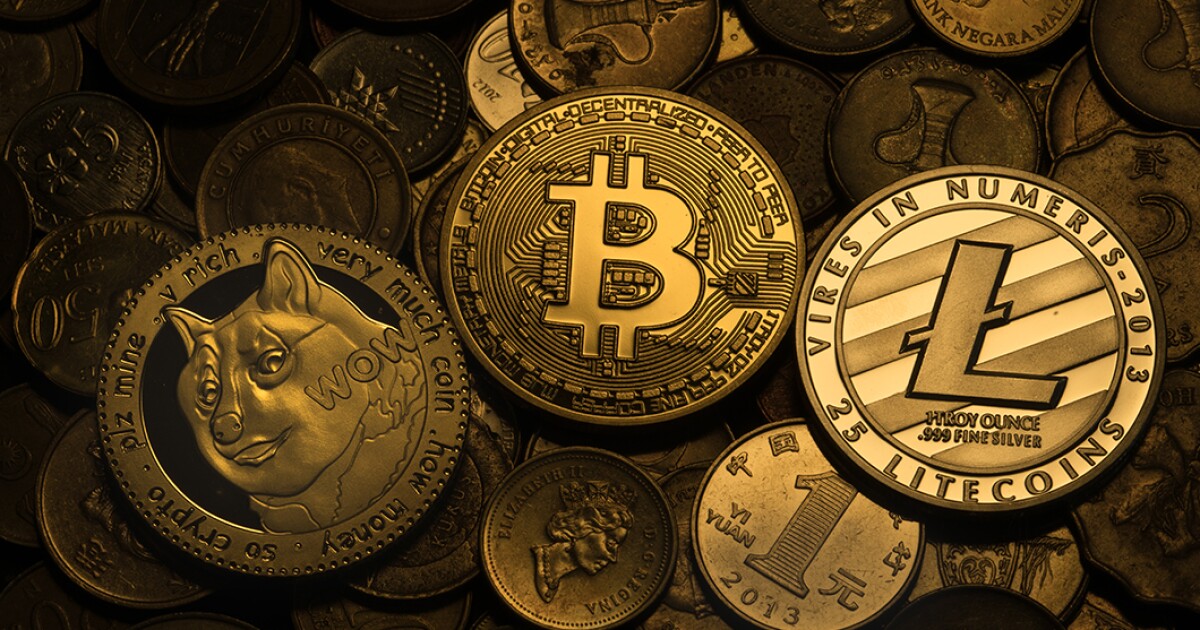 Bitcoin has shed more than 20% of its price in just the past 24 hours and has hit its lowest levels in months as it and other cryptocurrencies free fall.

As of Wednesday morning, the digital asset was trading below $35,000, a precipitous decline from its previous high of more than $60,000 just a little over a month ago. The drop has fueled fears that the fast-growing crypto market could be a bubble that will inevitably burst.

Bitcoin wasn’t alone in this week’s steep losses. All of the top 50 cryptocurrencies by market cap size were trending downward on Wednesday, except for cryptocurrencies designed to be tethered to the price of the U.S. dollar, according to CoinMarketCap.

The rout began last week when billionaire cryptocurrency investor and Tesla CEO Elon Musk announced that his company would stop accepting Bitcoin for car purchases. Musk, who is known for pumping up the viral Dogecoin cryptocurrency, cited environmental concerns with mining Bitcoin as the reason for distancing Tesla, although the company still invested some $1.5 billion in Bitcoin.

“Cryptocurrency is a good idea on many levels, and we believe it has a promising future, but this cannot come at a great cost to the environment,” Musk said of his decision.

The sell-off then further accelerated this week when the People’s Bank of China issued a statement reiterating that digital tokens can’t be used as a form of payment. A post on the bank’s WeChat account said that financial institutions can’t price products with cryptocurrencies because they are not real currencies.

The dropping coins were being discussed on social media, with cryptocurrency-related topics dominating three of the top five trending topics on Twitter. Trending at No. 2 was “#BuyTheDip,” which is a reference to crypto traders encouraging others to buy Bitcoin at the lower price it has dropped to in order to see bigger gains if it rockets back up.

“This is going to be the first ‘welcome to crypto’ day for a lot of new entrants,” Stephane Ouellette, CEO and co-founder of FRNT Financial, told Bloomberg. “The history of these assets has been littered with aggressive rallies and sickening selloffs.”

In addition to Bitcoin, Ethereum, the second-largest cryptocurrency, was down, shredding more than a quarter of its value in just 24 hours. As of Wednesday morning, it sat perched at about $2,500 per share, down from recent peaks of $4,300. The “meme coin” Dogecoin sat at about 36 cents per share, down from more than 70-cent highs.

As Bitcoin skyrocketed in value over the past several months, many big names have waded into the cryptocurrency waters. Some NFL players have dabbled in the growing market. Sean Culkin, a tight end who was recently released by the Kansas City Chiefs, had previously vowed to convert 100% of his paycheck to cryptocurrency.

“This may be new for me, but not new for #Bitcoin Remember your time preference,” Culkin tweeted on Wednesday morning, along with the hashtag #Hodl, which is a reference to holding on to crypto assets despite a plunge.

Offensive tackle Russell Okung, a free agent who last played with the Carolina Panthers in 2020, is also a major investor in Bitcoin. He wrote on Twitter after the crash, “Y’all don’t get it. I’m not selling my Bitcoin, ever.”

Coinbase, which is the largest cryptocurrency exchange in the U.S. by trading volume, was also trending on Twitter. The exchange experienced a “partial” outage on Wednesday morning as traders scrambled amid the chaos of the drops. Coinbase and crypto exchange Binance were having issues related to Ethereum withdrawals due to “network congestion,” the Verge reported.

U.S. stocks dropped on Wednesday alongside shares of the cryptocurrencies. The Dow Jones Industrial Average fell 445 points, or 1.3%, and the S&P 500 dropped 1.2%. Tesla, which made the large investment in Bitcoin, was down about 4%, and shares of Coinbase, which just went public last month, was down about 6.8 percentage points.

Treasury Secretary Janet Yellen has previously branded Bitcoin as “inefficient” and has knocked the environmental impact of the cryptocurrency.

“I don’t think that Bitcoin … is widely used as a transaction mechanism,” she said in February. “To the extent it is used, I fear it’s often for illicit finance. It’s an extremely inefficient way of conducting transactions, and the amount of energy that’s consumed in processing those transactions is staggering.”