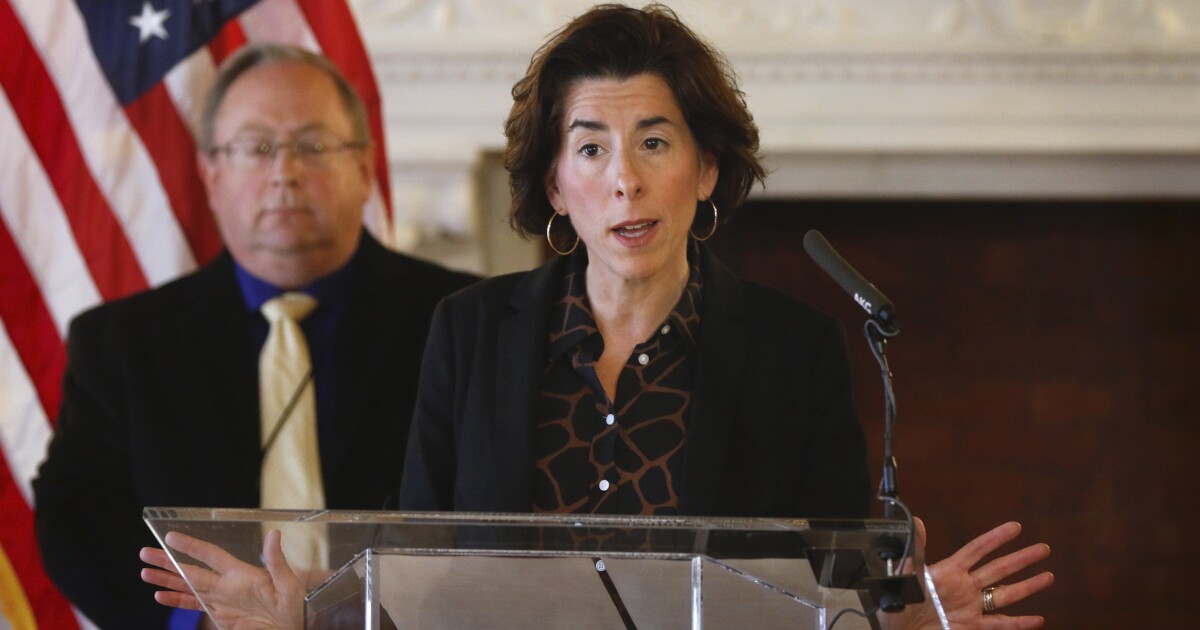 The meeting will include top leaders from General Motors, Ford Motor, and Stellantis, the owner of Dodge and Chrysler, according to Reuters.

“We need to get back into the business of making more chips in America. And the supply chain issues are very real,” Raimondo said on MSNBC on Friday.

Car companies such as GM and Ford have had to halt production lines at multiple factories due to the chip shortage.

Semiconductors, which make up essential and expensive parts of most modern-day electronics and cars, have seen an explosion in demand in the past decade, and in particular during the pandemic, causing an unprecedented global shortage.

Top executives from Big Tech companies and car manufacturers met with the Biden administration in April to find immediate solutions to the global chip shortage.

“This is something that there is a great deal of focus on at the highest level across government,” White House press secretary Jen Psaki said in April.

Biden has also asked Congress to pass new bills to pay for research and development for semiconductors, which have bipartisan support.

Automobile manufacturers are pushing for some of the funding to be reserved for car semiconductor chips, claiming there could be a shortfall in production of over a million cars if the industry isn't given help with the chips.