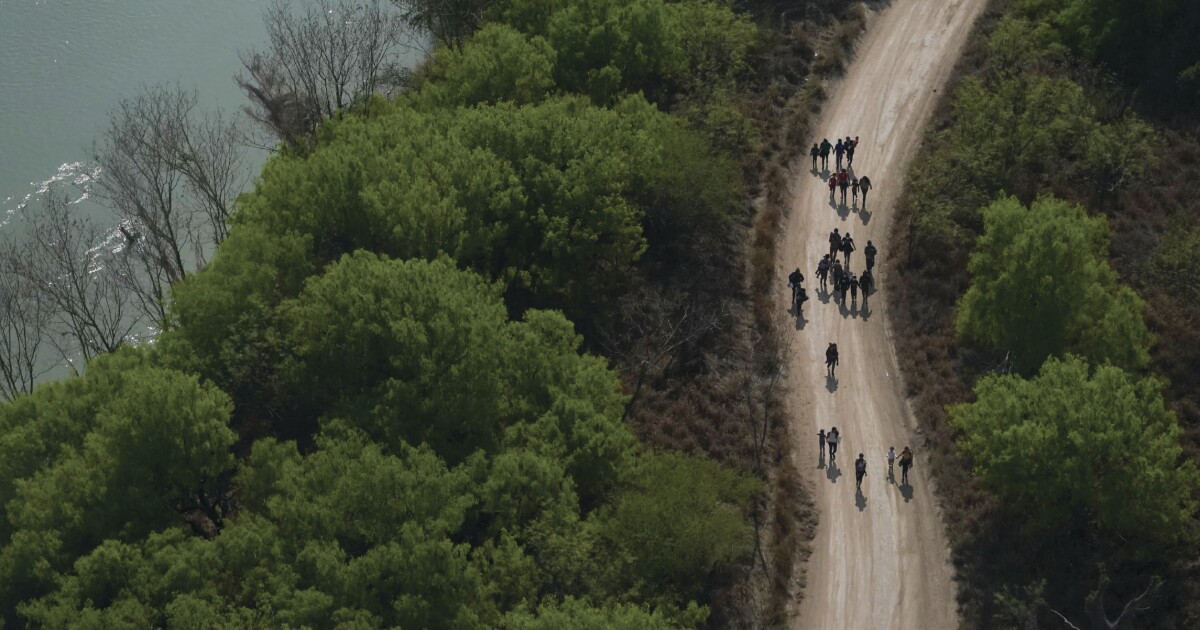 When President Joe Biden was elected, supporters argued few candidates were better prepared for the White House: eight years as vice president, 36 years in the Senate, and stints as chairman of the Foreign Relations and Judiciary committees.

Since taking office, Biden has been caught flat-footed by several developments: the surge of migrants at the border, the uptick in inflation, the Israeli-Palestinian conflict, and splits among congressional Democrats on how to deal with the Middle East, with a growing faction in the House increasingly outspoken in its criticism of the Jewish state.

Even COVID-19 vaccination rates have been uneven across the country, worrying public health experts at the same time they heralded the milestone of 60% of U.S. adults receiving at least one dose. According to most polls, the pandemic was one of the top issues that led to Biden’s election and is also where he enjoys some of his highest job approval ratings.

“They had an expectation that getting shots into people’s arms, getting people back to work, and getting their kids back to schools would be job No. 1,” said a Democratic strategist. “Everything else, and certainly other progressive priorities, would come after.”

From the beginning of Biden’s presidency, he framed the country as facing several crises: the coronavirus, the economy, racial justice, climate change, and a rise in political extremism as he took office two weeks after the Jan. 6 Capitol riot. Exit polls showed him winning voters whose most important issue was racial inequality by 85 points, the virus by 66 points.

“A once-in-a-century virus silently stalks the country. It’s taken as many lives in one year as Americans lost in all of World War II,” Biden said in his inaugural address that day. “Millions of jobs have been lost. Hundreds of thousands of businesses have been closed.” Soon afterward, the White House projected confidence it could act simultaneously on multiple fronts.

But the pandemic obviously dominated the Biden agenda. The main rationale for the first major piece of legislation he signed into law was the $1.9 trillion American Rescue Plan, even as Republicans objected that only a small percentage of the spending was directly related to the coronavirus. Soon after, Biden unveiled multiple other spending bills with price tags in the $2 trillion range as he sought to reshape the economy as the virus slowly receded.

It did not take long for other problems to emerge, however. In February, over 100,000 people were encountered attempting to enter the southwest border, according to Customs and Border Protection apprehension numbers. That number topped 170,000 in March, a 71% increase and the highest total in 15 years. It approached 180,000 in April, the most in two decades.

Some of this was predictable. Biden had campaigned on easing immigration enforcement and legislation that would allow a large majority of illegal immigrants already in the country to stay. He followed up with an attempted deportation freeze and proposal for an eight-year path to citizenship for most illegal immigrants once he entered the White House. Biden also reversed several immigration enforcement measures by former President Donald Trump and signaled that even as the migrant surge commenced, minors would generally not be turned away.

Yet the White House generally did seem somewhat surprised by the border situation, spending much of the early weeks attempting to avoid describing it as a “crisis.” Immigration is now one issue in which Biden consistently records his lowest job approval ratings in public opinion polls.

The Israeli-Palestinian conflict has been one of the thorniest international questions of the past few decades. Biden’s Democratic Party has been shifting away from its traditional pro-Israel stance for years. Nevertheless, when Hamas rained down rockets on Israel and Prime Minister Benjamin Netanyahu responded militarily, the president found himself running afoul of both conservatives on Capitol Hill and “the Squad” in his own party. He eventually embraced a ceasefire but more slowly and gently than liberals would have preferred.

After flying to Michigan to visit a Ford F-150 factory, Biden was confronted on the tarmac by Rep. Rashida Tlaib, a local left-wing Democrat, over the administration’s handling of the conflict. Tlaib joined with Rep. Alexandria Ocasio-Cortez, a fellow liberal from New York, to block arms sales to Israel.

Democrats have such narrow margins in Congress that even a handful of defections can prove decisive. “This isn’t necessarily the same Washington where Joe Biden spent all those years,” a Democratic consultant said.