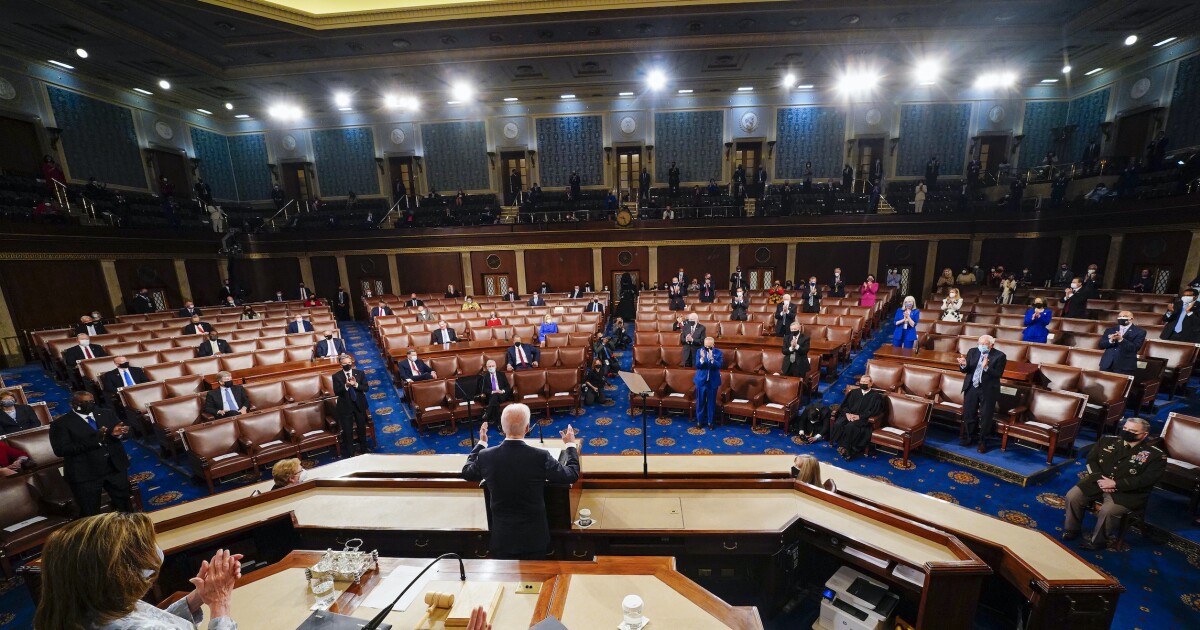 The data are in. This week, the Bureau of Economic Analysis reported that the U.S. economy grew at a blistering 6.4% clip in the first quarter of 2021 — that is, January through March, back before any serious amount of money from President Joe Biden's $1.9 trillion COVID-19 stimulus package had been disbursed.

Assuming that stimulus package has had the desired effect in the second quarter, one might expect that we're all set now. That's enough economic stimulation for one decade — perhaps even one lifetime.

But wait — there's even more good news. The Bureau of Labor Statistics reported a month ago that the national unemployment rate back in March was down to an even 6.0%. This coming Friday, it will likely report an even lower unemployment rate for April. And going forward, the rescission of coronavirus-related restrictions is sure to get things cracking even better than before.

So, that's the context. Now, here is the question: Why on earth is Biden talking up yet another multitrillion-dollar spending plan (this time, a pretend infrastructure package) when it's quite clear that the economy already recovered without his help and that no such further pump-priming is needed?

In the last 15 months, Uncle Sam has already been on a real bender. This isn't Biden's fault — his predecessor insisted upon it.

In addition to its normal bloated, deficit-addled budget, the federal fisc was tapped for a series of COVID-related payouts to individuals and businesses, running into the trillions. To be fair, not all of these were bad ideas in principle. Back when unemployment abruptly shot upward into the double digits, they seemed like a necessity. After all, if big daddy government is going to block you from going to your job, opening your business, or leaving your house due to the coronavirus, then it stands to reason that big mommy government should send you a check as compensation.

But there are limits. And now that nearly everyone who wants to find a job has one again, why on earth is this idea still on the table?

There is one other wrinkle here. Already, the BEA data indicate the return of that long-absent villain: inflation. Its untimely reappearance could wreak havoc on the savings of the middle class. And, of course, there's more to it than just that because the same middle class that is anxiously watching gas and housing prices skyrocket right now will be tapped years down the line to pay for Biden's, ahem, infrastructure ambitions.

The economy is already mostly recovered from the pandemic. Every indication is that it only needs government to get out of the way and let things keep going as they have been. Instead of devising new excuses to waste money, Biden and Congress should take advantage of this moment to get federal fiscal policy back to something resembling normal.