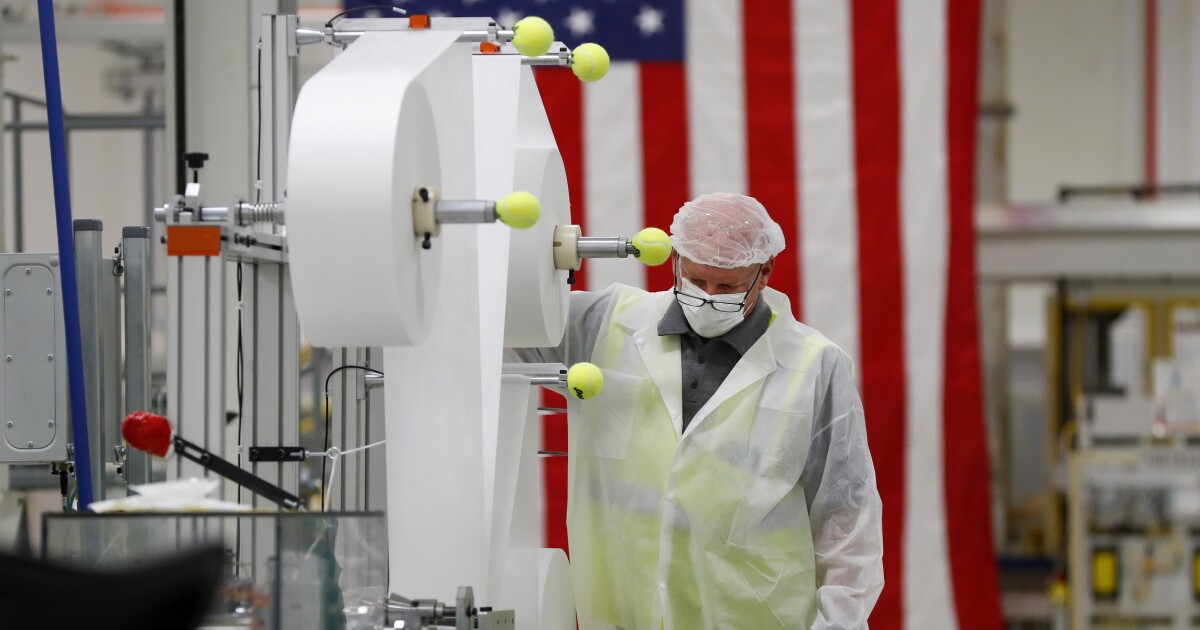 The order, which has been much hyped by administration officials in the days leading up to its release, is meant to raise wages through the 72 initiatives that will be carried out by more than a dozen government agencies, according to a fact sheet released by the White House.

The order calls upon the leading antitrust agencies, the Justice Department and Federal Trade Commission, to “vigorously” enforce existing antitrust laws and that enforcement should focus on the labor markets, agricultural markets, healthcare markets, and the technology sector.

“That lack of competition drives up prices for consumers,” the White House said. “Families are paying higher prices for necessities — things like prescription drugs, hearing aids, and internet service.”

Biden’s order, which was months in the making, also creates a “White House Competition Council,” that will be led by the Director of the National Economic Council. The goal of the council is to monitor progress on the dozens of initiatives in the order and to “coordinate the federal government’s response to the rising power of large corporations in the economy.”

The directive seeks to cut down on “burdensome” licensing requirements that the White House claims stifle wages and suppress worker mobility. It also encourages the FTC to ban or limit non-compete agreements.

In terms of ocean shipping, the executive order will push the Federal Maritime Commission to crack down on companies that the administration says have been charging unreasonable and unjust charges like fees for detention and demurrage.

In the fact sheet, the White House says that four decades ago there were 33 “Class I” railroads while there are only seven left today, with four large companies dominating the market space. The new order encourages the Surface Transportation Board to require railroad track owners provide rights of way to passenger rail.

The White House wants to put big agribusiness on notice through the Friday order.

It will direct the U.S. Department of Agriculture to issue new regulations under the Packers and Stockyards Act that the administration says will make it easier for farmers to bring claims, help chicken farmers from being exploited and underpaid by chicken processors, and put in place anti-retaliation protections for those who speak out about bad practices.

The USDA will also consider new rules about “product of the USA” labels and how it is determined what meats can bear that phrase.

The order also targets internet service providers and will encourage the Federal Communications Commission to restore Obama-era “net neutrality” laws that were undone in 2017 during the Trump administration.