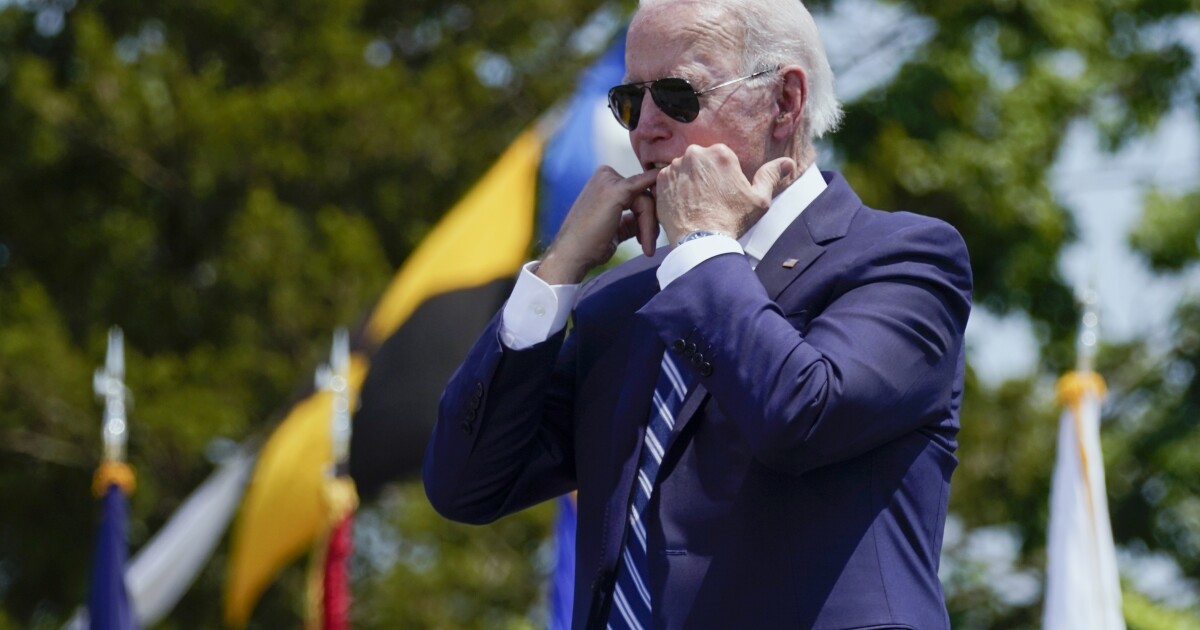 “For decades, the United States has underwritten international maritime security. We and our partners have kept the sea lanes open and secure with clear rules of the road,” he told the academy's 140th commencement ceremony, his first appearance before the graduates since taking office. “Increasingly, we've seen those rules challenged.”

Biden said he had confronted President Xi Jinping of China and President Vladimir Putin of Russia over both countries' “disruptive actions.”

“When nations try to game the system or tip the rules in their favor, it throws everything off-balance,” he said.

Pointing to a Coast Guard agreement with Taiwan to ensure a partnered response to threats in the region, Biden told the graduating officers they should expect their work to become “even more global and even more important.”

“You have an essential role in our efforts to ensure [a] free and open Indo-Pacific,” Biden said. “We need to stand shoulder to shoulder with those allies and partners who share our values.”

The president said trade and shipping routes must remain calm, “whether that's the South China Sea, the Arabian Gulf, and increasingly, the Arctic,” calling an “unimpeded flow of global commerce” essential to U.S. foreign policy.

Biden said the Coast Guard was “critical” to seizing an illegal weapons cache in the Arabian Sea and during a recent incident with Iran.

“We need you even more in the Arctic,” Biden said, as the ice recedes and new sea lanes open.

In his address, Biden also said the U.S. must invest at home to protect its broader security.

“The best way to meet the wide array of threats we face today is by investing in America's enduring advantages — to ensure that we're operating from a position of strength,” the president said. “Our ability to trade with the world is essential to that strength.”

More than one quarter of the national GDP is transported on the water, he added.

“Alexander Hamilton may have been among the first to champion a principle that economic security is national security when he created the Revenue Cutter Service, and if it was true in 1790, it is gospel in 2021,” he said.

Biden has angled for a foreign policy that would shore up the middle class, erasing the lines between foreign and domestic policy.

In 2013, while he was vice president, Biden told the Coast Guard Academy's graduating officers that the country would rely on the service more and more. He pointed to remote missions in the Arctic, a need to combat security threats from stateless actors, and to protect U.S. ports around the world.

“You graduate into a world where the new fault lines between nations are the sea lanes and the straits you know so well,” he said.

“You've shown that you're salty,” Biden added, after praising the graduates earlier in his remarks for choosing a “more difficult path” than others. “You got a haircut that showed every damn bump on your head,” he said.

On May 28, Vice President Kamala Harris will deliver the commencement address to the U.S. Naval Academy's commissioning officers. The president and vice president give graduation speeches to the U.S. military academies on a rotating basis.

Cruz: ‘No Pissant Politician … Has The Right Or Legal Authority...