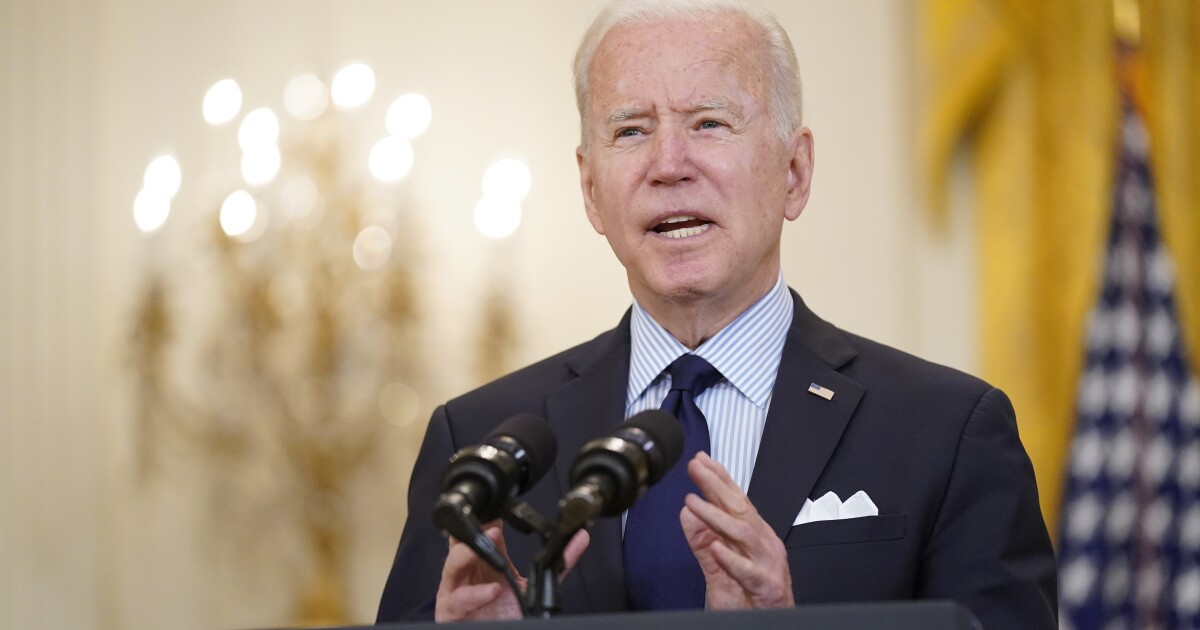 President Joe Biden tried to dress up a disappointing April jobs report, saying it shows that the pandemic-slowed economy has a “long way to go” and needs another jolt from his proposed $2.3 trillion infrastructure plan — and then even more federal spending.

“We knew this wouldn't be a sprint, and, America, quite frankly, we're moving more rapidly than I thought,” Biden said, speaking from the White House's East Room. “This report reinforces the real truth. For years, working people and middle-class people, people who built this country, had been left out in the cold, struggling just to keep their heads above water.”

The president is trying to make a case that the numbers justify the White House's more than $2 trillion “American Rescue Plan” and its other spending proposals, paid for with tax hikes on corporations and very wealthy individuals.

“Today, there's more evidence our economy is moving in the right direction — but it's clear we have a long way to go,” he said, citing the need to pass his $2.4 trillion American Jobs Plan. “We have to build back better.”

The U.S. economy added 266,000 jobs in April, according to the Labor Department, far below the 1 million jobs that many economists forecast. The unemployment rate rose to 6.1% in April, up from 6%.

The White House is fielding criticism of the extended unemployment benefits that were included in earlier spending bills, which some say are slowing people from returning to work.

Asked this week if it's possible that another round of coronavirus relief checks would be issued, press secretary Jen Psaki said Congress would weigh the decision.

“We'll see what members of Congress propose, but those are not free,” Psaki said.

Biden billed Friday's report as a “rebuttal for loose talk that Americans just don't want to work.” Rather, the numbers show “we're on the right track,” he said.

“What this report shows is that there's a much bigger problem: It is that our economy still has 8 million fewer jobs than when this pandemic started,” he continued. “We're still digging our way out of a very deep hole.”

April's jobs growth included data showing last month brought the biggest month-to-month hike in people saying that COVID-19 was not preventing them from looking for a job, said Heather Boushey of the White House Council of Economic Advisers.

“We did add jobs this month,” Boushey said in an interview with MSNBC.

Biden has urged Congress to pass new infrastructure and jobs proposals, and the spending could total about $4 trillion.

White House officials have said that the new legislation bolsters the economy and yields increased economic growth over decades.