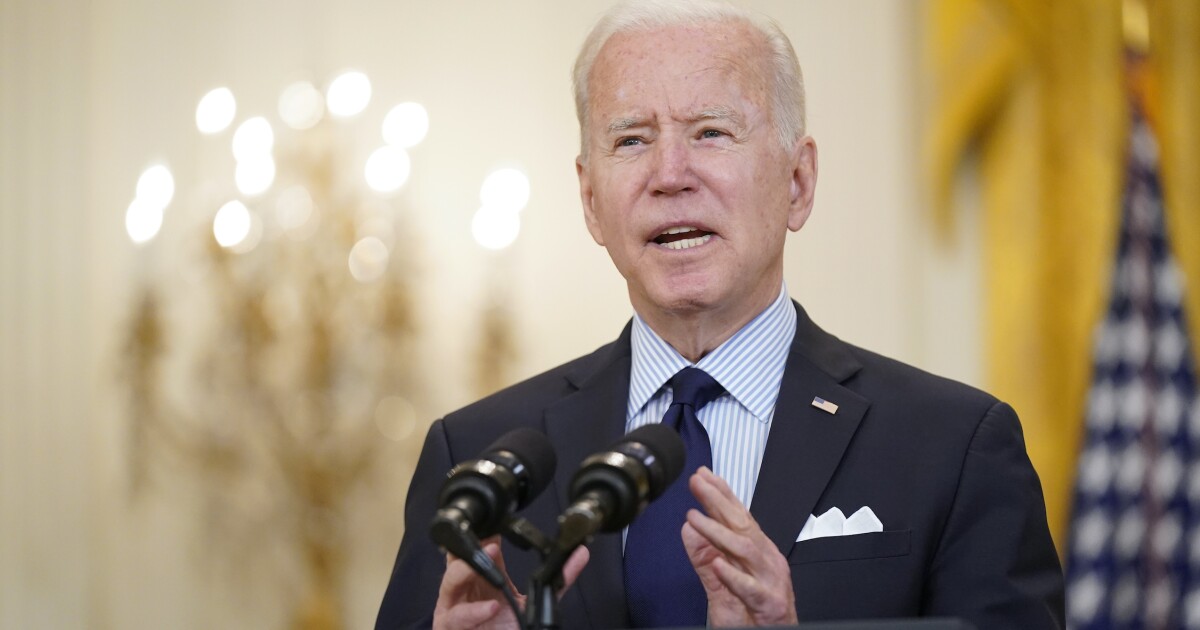 President Joe Biden defended wearing a mask inside despite being vaccinated after he was needled on the issue by a reporter.

“Why am I wearing the mask? Because when we're inside, it's still good policy to wear the mask. That's why,” Biden said Friday at the White House.

Biden went on to say that “lots of times” he forgets to put his mask back on after taking it off to speak “because I'm used to not wearing it outside.”

BIDEN'S FREEBIES-FOR-VACCINES PROPOSAL MAY ONLY HELP AT MARGINS, EXPERTS SAY

The Centers of Disease Control and Prevention updated its guidance last week, stating that vaccinated people are not at great risk of contracting COVID-19 if they don't wear a mask outside, except in crowds. But Biden has continued to wear a face covering outside, prompting calls from both Democrats and Republicans for clearer messaging from the president. The CDC also recommended that vaccinated people could be maskless inside with other vaccinated people.

Biden addressed his mask-wearing after providing an update on his economic plans following a disappointing Bureau of Labor Statistics jobs report released Friday morning. The Department of Labor unit found that 266,000 jobs were added to the economy in April, falling well short of expectations. The country's unemployment rate also rose slightly to 6.1%.

“Today's report just underscores in my view how vital the actions we are taking are,” Biden said, pitching his $4 trillion infrastructure and social welfare packages. “Our actions are starting to work, but the climb is steep, and we still have a long way to go.”

He contended that his $1.9 trillion coronavirus measure was drafted to aid the economy over a year, not 60 days. Congress passed that bill in March. He also pushed back on arguments that his spending plans would “overheat” the economy and were already incentivizing people not to work.

“What this report shows is that there's a much bigger problem,” he said. “It is that our economy still has 8 million fewer jobs than when this pandemic started.”