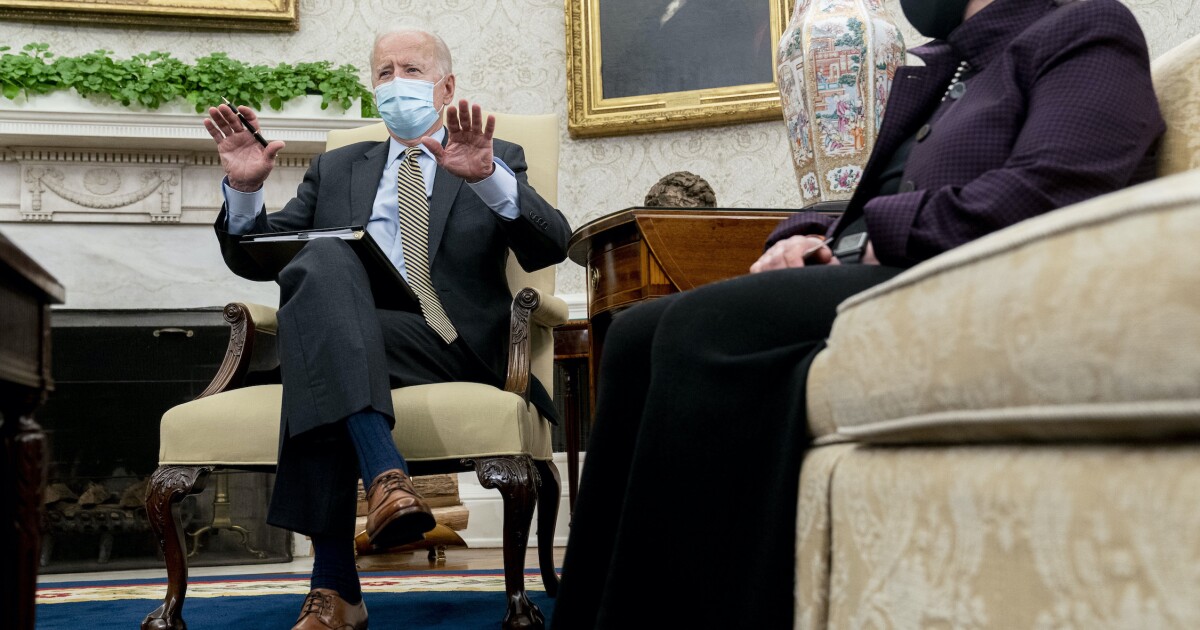 President Joe Biden is confident that he'll get Republican support for his sprawling $2.25 trillion jobs and infrastructure spending package, after a key Democrat rebuked efforts to ram the bill unilaterally through Congress.

“I've already spoken to some of my Republican colleagues about dealing with the infrastructure legislation we have up there, as well as other budget items,” Biden said Friday before an Oval Office economic briefing.

The president added, “We're going to work on seeing if we can get some bipartisan support across the board here.”

The White House will need 10 Republican votes if it wants lawmakers to pass the “American Jobs Plan” using regular order. Initial indications suggested that House Speaker Nancy Pelosi and Senate Majority Leader Chuck Schumer would rely on the reconciliation process to clear the package through both chambers. Reconciliation is a budgetary procedure that only requires a simple majority, a handy maneuver amid the Democrats' loose grip on control.

Biden's jobs and infrastructure package faces other obstacles in Congress, such as its expansive definition to include “social infrastructure.” Provisions that have been criticized for their inclusion fall under the $400 billion allocated for caregivers and services catering to seniors and people with disabilities.

“I look forward to working with Congress to advance these and other priorities,” he told reporters before they were ushered out of the room. “I'm hoping it’ll have some bipartisan support across the board.”